A great lawyer, public servant and friend of Washington and Lee School of Law died yesterday.  M. Caldwell Butler, who most famously became the first Republican on the House Judiciary Committee to announce that he would vote for the impeachment of President Richard M. Nixon, was lauded today as being “free of politics,” something barely fathomable in our time.

Below: Congressman Butler with President Nixon in the Oval Office in December 1973.

After retiring from public life to return to the practice of law in Roanoke, Butler donated his professional papers to W&L Law, where they are  housed in the Lewis F. Powell, Jr. Archives.  These papers include one of the most extensive documentations of the Nixon impeachment.

Below: Butler’s annotated reading copy of his speech announcing he would vote for impeachment, July 25, 1974. 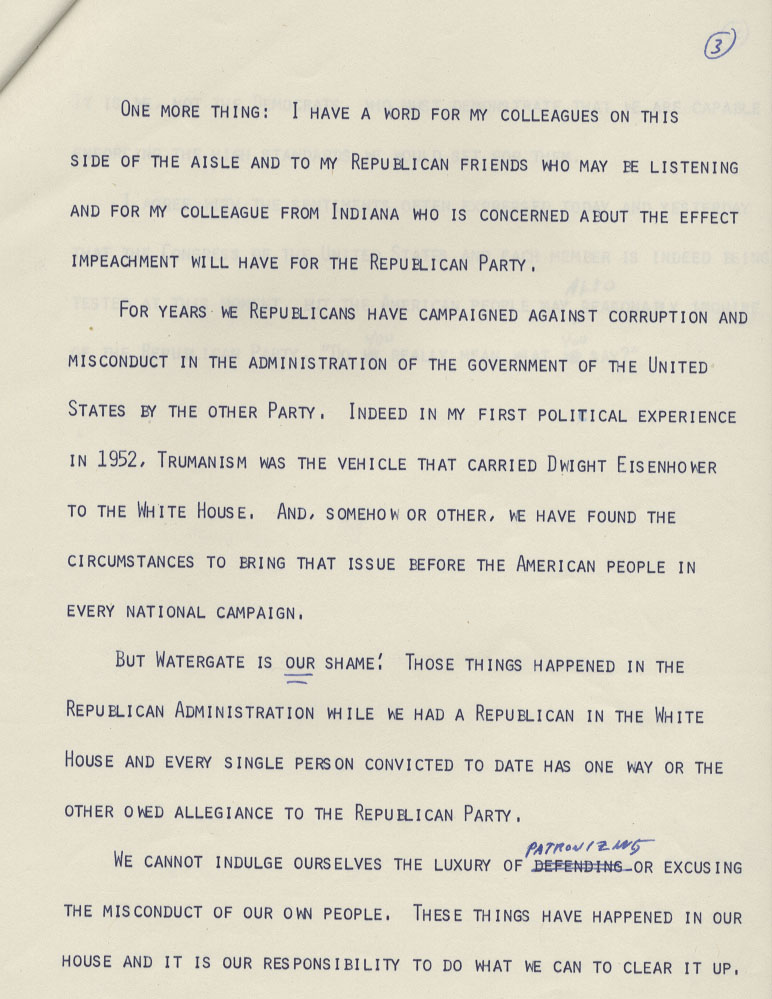 Here is a sampling of tributes in today’s press:

The July 27 Roanoke Times contains both an editorial and an op-ed piece noting the 40 year anniversary of 6th District Congressman M. Caldwell Butler’s decision to vote for the impeachment of President Richard M. Nixon.  You can also view a July 26, 1974 Washington Post news story.  These are from our extensive holdings of Nixon impeachment materials in Butler’s papers which he so generously donated to the law school.